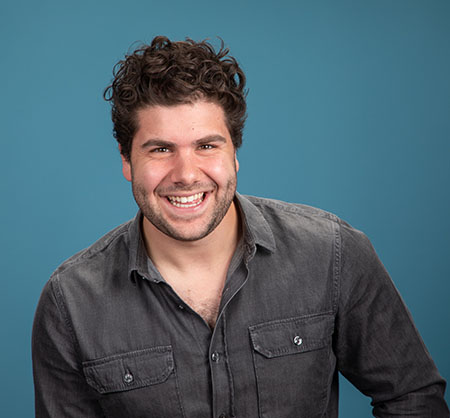 Andrew Della Volpe is a standup comedian from Boston. Since graduating from Colby College in 2017, Andrew has performed on a nearly nightly basis throughout New England and Boston. In just two years Andrew has become one of the fastest rising talents in the city performing at the legendary Nick’s Comedy Stop, The Comedy Scene at Patriot’s Place, The Woohaha Comedy Club and regularly at John Harvard’s in Harvard Square and South Boston’s Capo Supper Club. This summer, Andrew appeared in The Hampton Beach Comedy Festival, and this past spring he opened for Theo Von’s three sold out shows over two nights at the Chevalier Theatre and Wilbur Theatre. Andrew got his start working as an intern at Sacha Baron Cohen’s Four by Two Films​