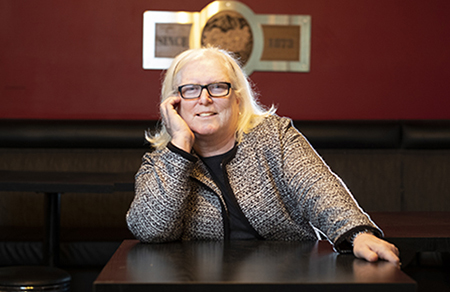 The stand-up bug bit Cathy late in life but some might say that gives her an edge. After completing the writing course at Second City, Cathy tagged along with a friend to try her hand at stand-up comedy. She quickly made a name for herself in Toronto, London and Ottawa, Ontario, Montreal, Quebec and Saint John, New Brunswick. She found herself headlining at the Maine Comedy Festival in September of 2017; the Portland, Maine Comedy Festival in July, 2018; The 10th annual Women in Comedy Festival in Boston May 2019 and the Art of Female comedy Festival in Wichita, July 13 2019. Cathy was 1 of 5 finalists in the 4th Annual Absolute Comedy Prove You’re a Comic Competition. She is also the producer of C’est La Vie, a monthly comedy show, here in Toronto and can be heard on Sirius XM Radio, Canada Laughs at Alt Dot Comedy. Other credits include an appearance at The Best of Absolute Comedy in September, 2018, as part of Toronto’s annual comedy festival, JFL42 and showcased for the 2019 Winnipeg Comedy Festival. She started 2019 off by competing and finishing in first place in the Comedian of the North Competition in Thunder Bay.​