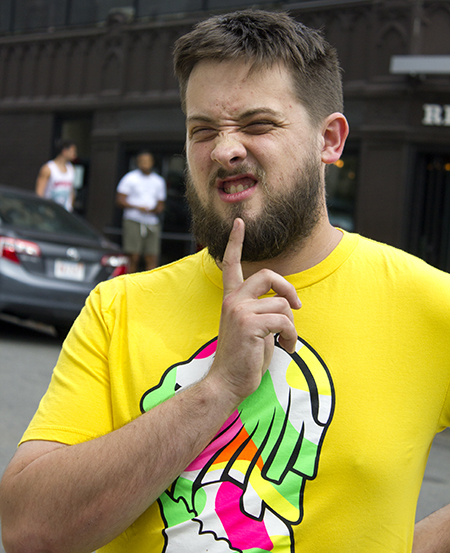 Liam McGurk is a Massachusetts-bred comic based in Boston. He is well known throughout New England for his laid back demeanor and cerebral, creative material. Danny Devito being typecast? Workplace heroism? Teaching your son how to become an impressive, respected b eefcake of a man? Liam covers all these subjects and more. No issue is too personal or absurd for his brain’s faulty — or is it faultless? — wiring. Liam produces the weekly show 8 O’Clock at 7:30 and has performed in Thunderfest and Cape Fear Comedy Festival and Rogue Island comedy Festival. He won Massachusetts Funniest Comedian at Laugh Boston. He was the Comic In Residence in 2018 at The Comedy Studio in Somerville, MA. He is also a favorite of local showcases like The Gas! and The Mendoza Line. A gentle man, he has the temperament of a small purebred dog: initially standoffish due to anxiety, but warms up once he’s been fed and pet. He is reliably hilarious and, as many can attest, a loyal, well-meaning friend.​